A-F Grading - Exchanging One Educational Overreach for Another 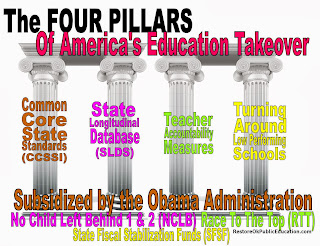 Moving into 2017 it looks as though our Oklahoma State Department of Education (OSDE) will not attempt to find the "pro-local-control" the Education and Workforce Committee promised of the new ESSA (Every Student Succeeds Act - the replacement for No Child Left Behind - in itself a replacement for the reauthorizations of the 1965 Elementary and Secondary Education Act by every preceding president).

According to the press release from the OSDE:

I feel a bit like Dana Carvey doing the Church Lady on Saturday Night Live "Well isn't THAT special"?

We're told in the opening paragraph of the press release that a 95-member task force representing a broad cross-section of individuals has studied this issue and approved of the new A-F school report card. Because that number sounds so large, I'm going to refer to it as the Make Education HUGE Again (MEHA) task force. Here is a smattering of your representation on the MEHA.
The rest of the list are members of the governor's office - never a friend to small government/local control education activists - the OSDE, higher ed and various K12 schools across the state. It's sad, but as you can see from the list, we've written about so many of these people and organizations for fighting against us to KEEP Common Core in Oklahoma and yet they are prominent members of Hofmeister's inner circle helping to create Oklahoma supposedly post-Common Core education policy. What kind of education policy will arise from this educrat echo chamber? Big government, one-size-fits-all, federal-rule-following public education policy solutions to invented problems, that's what.

It's important to look at the press release and expose a number of bits of specious commentary. I use the term 'specious' because nearly every comment in the press release is designed to assure the public that anyone who is anyone in education approves of this new system, therefore, so should you.

1. Paragraph two, we're told about the 95-member MEHA task force. Ninety-five people seems huge until you realize Oklahoma has a population of 2,925,571 individuals over 18, making 95 people only 0.0032% of the entire adult Oklahoma population. To compare apples to apples, there are 1787 schools (1787 principals), 513 districts (513 superintendents) and 42,410 teachers paid by Oklahoma tax payers. No teachers were identified on the list of 95, hence the 95 is 0% of actual classroom teachers and only .04% of administration.

2. In the 2nd and 3rd paragraphs, Mrs. Hofmeister says that not only does the grading system fulfill the requirements of the new ESEA, but it is "valid, reliable and meaningful and it corrects glaring shortcomings of the previous A-F system". How do we know? Is there any information attached that provides that comparison? If so, I couldn't find it. Without validation of some kind, these words ring hollow.


"An A could go to a school receiving just 77 percent. And the threshold for an F would be lowered to just 33 percent of available points or lower, instead of the prior threshold of 59 percent and below."

How can lowering the bar like that be a "significant improvement"? Isn't that confusing? I'm confused already - what about you?

4. The first paragraph under the comparison chart tells us that the new and improved A-F scale will include information about chronic absenteeism because research tells us this is VERY important to low academic achievement. A quote from a Brookings Institute paper (not hyperlinked) is included for verification of this statement.

So, why are we making this a variable equal to graduation rate and "post-secondary opportunity" (I'll take "made up phrases" for 300 Alex) of the report card? Actually, we could ask why 1/3 of the report card has nothing to do with academics at all, couldn't we - shouldn't we?

In fact, there is nothing in the ESSA that says chronic absenteeism must be used in the A-F card, it just has to be reported to the feds (page 6; look under 'Reports').


a. LET'S ALSO CONSIDER THIS: According to the Oklahoma State Constitution the state is NOT responsible for educating kids OVER 16 and as such, should not be legislating for this group unless we want to change the Oklahoma Constitution - and that seems to be frowned upon by voters! Why does no one ever mention this? Because educrats and many legislators want to CONTROL more than they want to practice the ideals of LIBERTY. Again, why change the report card to reflect a percent of a percent of Oklahoma public school students? Seriously.

b. THEN LET'S CONSIDER THIS: If you include chronic absenteeism for kids under 16, you're making the problem of the PARENT the problem of the school. This is WRONG thinking. Oklahoma Watch quotes US Grant Principal, Greg Frederick as saying,

"Maybe their parent gets up at 5 a.m. to go to work, and they depend on their child to get themself up and go to school. Or the parent works a late shift and is sleeping when the child gets up for school. The school has many students who hold down jobs and work the closing shift at a restaurant until 11 p.m."

In a previous Frederick outlines how police help the school warn parents about missing kids, but this is state nannying and a waste of resources - especially when the state isn't obligated to educate kids over 16. Yes, feel free to call me all kinds of names for suggesting parents should be responsible for their own children, or that we shouldn't educate those on the public dime that aren't interested in being educated, but that doesn't change the fact that not making parents responsible for their kids or using the state as an enforcement mechanism to make them do so will somehow fix that problem. Some parents simply won't be responsible for their kids and nannying them and counting on state laws to coerce them just puts the kid in a middle of a parent/state fight that won't help him want to go to school. In fact, Frederick goes on to say,

"If we have the kind of culture where students want to come to school, then I think that does more to deter absenteeism than anything. The ideal culture ensures safety and provides caring teachers and staff while holding students accountable to high standards."

Hard to argue with that, but then, that would simply require a LOCAL solution, not one handed down from on high by those who 'know' better, like Janet Dunlop, deputy Superintendent of Assessment and Accountability at the OSDE (quoted in the Oklahoma Watch article) who believes,

"...regardless of where that student comes from, they still need to be in school."

Maybe, maybe not. According to our state's Constitution, after age 16, that's the decision of the parent and student not a school administrator whether they like that decision or not.

5. Page 50 of the ESSA says that pre-existing state report cards are fine so long as the feds are getting the state data Obama made mandatory in his Civil Rights Data Collection Act (Department of Education Organization Act (20 U.S.C. 3413(c)(1)) and the state already does that as we know from looking at the extraordinary amount of data collected on STATE CHILDREN in The Wave data book, (pages 172-182 for example) so again, why change?

A-F is Unnecessary, And Will Be Cheated By Oklahoma Like It Is In Other States

6. Recently, Dr. Chris Tienkin of Seton Hall University (et al) wrote a paper (not included in the 13 whole literature citations used to help bolster the change in the A-F document - our paper on Common Core had 179 citations). Here's a portion of Tienkin's abstract:

(b) percentage of people in a community in poverty, and

(c) percentage of people in a community with bachelor’s degrees,

predicted results accurately in 14/18 of the models. The findings suggest that state standardized test results are not as objective and transparent as advertised by state and federal department of education officials. Some middle level school administrators might be getting rewarded or punished based on factors that they do not influence."

Even Rick Cobb, Superintendent of Mid-Del Schools and a member of the MEHA task force says in a December 13th blog,


"No school in the five largest counties in the state with higher than 95% FRL (free and reduced lunch - an indicator of poverty) had a numerical grade higher than a 78. Meanwhile, none of the schools in the 25% to 35% range had a score lower than 80. Does this mean that all schools serving most upper-middle class kids are better than all schools serving the kids with the highest levels of poverty, Of course not."

Apparently Tienkin is right, and A-F is stupid. The better approach would be to simply use Tienkin's indicators, remediate each school as needed instead of imposing a one-size-fits-all program and see results. But that would be boring, unsupported by the 13 whole citations included and wouldn't require state intervention and control.

7. A new report out of Chicago opens with the sentence

The gist is that Chicago Public Schools got caught trying to make their drop outs look like they were transfers - mainly to homeschools. Why cheat? Because graduation rate is an accountability measure that helps determine school funding. We all know public schools never have enough money and we've known for years many public schools across the country are willing to cheat to get what they want (Google 'school cheating scandals' if you have doubts) even though more money doesn't improve academic outcomes.

8. Here's the screen shot of a comment from the ROPE Facebook page following the posting of the blog on Representative Calvey's request of Mrs. Hofmeister to resign.

Last year, ROPE Legislative Director, Lynn Habluetzel, worked with legislators to overturn the quantitative portion of the TLE model (one of the pillars in the meme above). Lynn says,


Today, when you hear "accountability", it is mostly referring to school grades and not teacher grades (TLE)."

"The TLE bill from the 2016 legislative session effectively removed the state mandate to use standardized test scores to grade teachers (quantitative measures). Districts may still use them, but at their own expense.

Apparently Ms. Harrell understands this 'loophole'. But sincerely, how many TEACHERS were on the MEHA task force? Did they leave off teachers like Sandy who know and see what's coming with the A-F - as an extension of the Teacher Leader Evaluation system? NO - MEHA members will scream. Teachers were represented through the various teacher 'associations' such as AFT, OEA, POE and PTA. What do you call it when you're represented by a group that doesn't really represent you?

Lots of Flattery Keeps The Public At Bay

In fact, Ms. Gist makes the point of saying, “Under Superintendent Hofmeister's leadership, OSDE met the extraordinary challenge of redesigning our state testing and accountability system."

Of course, it is certainly helpful to gin up good public sentiment for Mrs. Hofmeister while she undergoes campaign fraud charges, suggestions to step down, and the notion of the House impeaching her. It's also obvious from the 'broad cross-section" of the MEHA task force, that a good many of these are friends who keep their foot in the door of education policy as long as Mrs. Hofmeister is seated behind the Superintendent's desk.

How in the world will we EVER move forward and actually fix any of the problems we keep band-aiding every year when a fox is still guarding the hen house and an education echo-chamber is still 'representing' the public who not only demanded an end to Common Core, but saw right through State Question 779? Short answer - It Won't.
Posted by Jenni L. White at 5:32 PM