In an awesome victory for ROPE's case with Stillwater parent Brice Chaffin against Stillwater Public Schools (SPS) and Stillwater School Board members filed May 4th (2022), Maria Seidler successfully argued against the dismissal of our lawsuit requested of the court by SPS.  ROPE and Chaffin, led by attorney Seidler, will meet SPS again in court in November for a pre-trial hearing.


While every political campaign has numerous points for failure from fundraising to voter contact, a post mortem of Jake Merrick's re-election campaign shows that a combination of dark money and redistricting probably did more than anything to sink the re-election campaign of a fine man and public servant.
Read more »
Posted by Jenni L. White at 6:31 PM No comments:

Dr. April Grace Should NOT Be Elected State Superintendent of Public Instruction for These Reasons 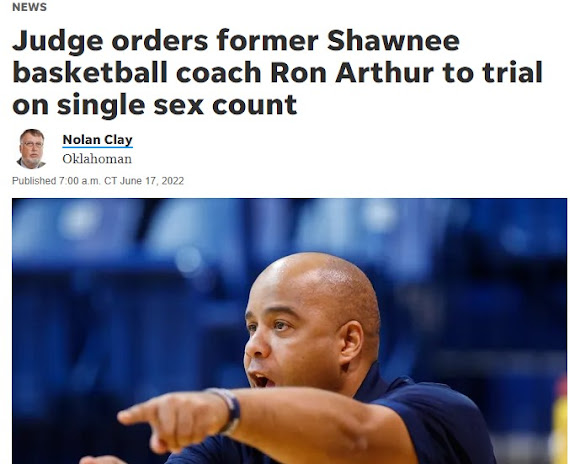 Unfortunately, Ron Arthur was a coach in the Shawnee Public School system for years while charges of sexually inappropriate behavior with students were alleged but never researched.  In addition, though April Grace will claim to be a Republican, those in the education cartel - dubbed #oklaed on social media -  back Grace.
Read more »
Posted by Jenni L. White at 5:14 PM No comments: Suddenly, dishonest and disingenuous mailers are being sent out state-wide against current state auditor Cindy Byrd.  According to Nolan Clay of The Oklahoman, candidate McQuillen has filed bankruptcy twice and is not a licensed accountant - unlike Byrd. 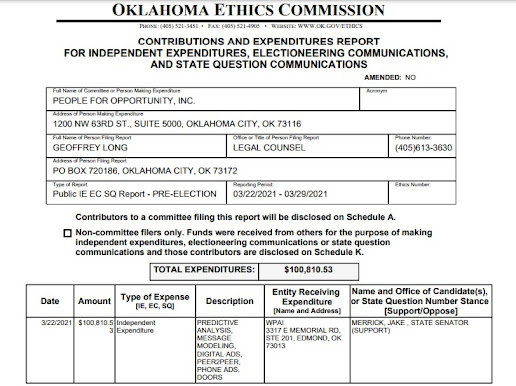 Jake Merrick won a special election for now-Congresswoman Stephanie Bice's open Senate seat last year.  Jake is a Conservative, pro-life, pro-2nd amendment, small business owner who has served Oklahoma well since his special election.  Oklahoma Council for Public Affairs (OCPA) dark money helped him in his first election.  Here's the rub:  After voting YES in committee, he voted NO (on the Senate floor) on a bill to send public money to private schools (voucher - SB1647). This election cycle, OCPA is using many thousands of dollars to influence voters AGAINST HIM through a different dark money group.