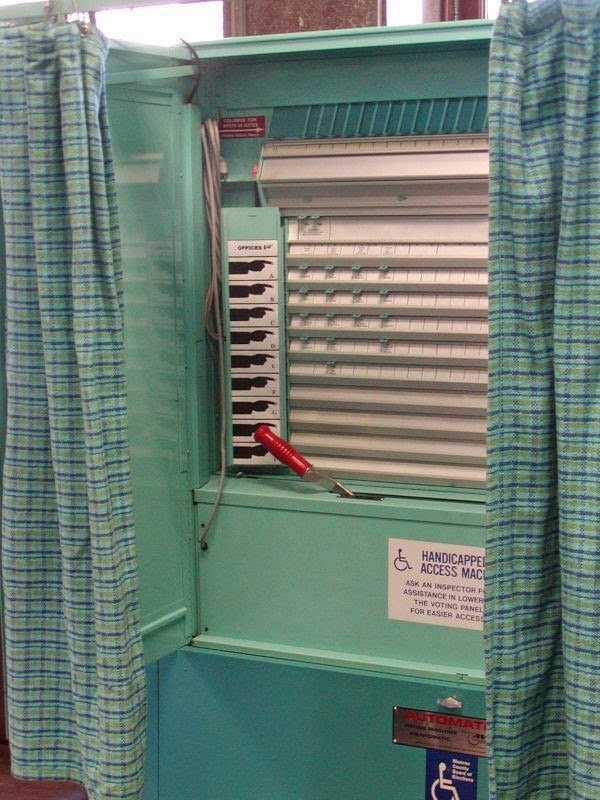 Every election season, people come to me and say, "What judges do I vote for?" I always have to laugh and tell them that I haven't a clue - I only seem to look at education policy. I never know how to vote in these elections myself! Granted, this blog post isn't about education, but it is about citizenship and being an informed voter and that's SO IMPORTANT!

Recently, I received an email from Sharon Annesley of the Oklahoma Liberty Tea Party in Blanchard. This is HANDS DOWN the best information on judges I've EVER SEEN! This is awesome and I asked her permission to share it with you! The best part of the whole piece was that she has listed ALL the URL's she used for research, so if you want to go check them out yourself, you darn sure can! Thank you again so much for sharing Sharon! I hope this helps you as much as it helped me!  If anyone has any information they want to add to the post, please do! Discussion is great!

IMPORTANT DATES
The election will be held on Tuesday, Nov. 4th, 2014.  Absentee ballots are already being sent out.

LIST OF ALL CANDIDATES/OFFICES AROUND THE STATE:
A list of all the Statewide Candidates on the Nov. 4th Ballot can be found at the following:
http://www.ok.gov/elections/documents/General%20Election%202014%20Candidates.pdf

In the following Judicial Retention comments, I have completed a cursory review of these candidates and this is how I’ll probably vote. However, you can and should look into the judges as much as possible to make a valid decision based on your personal values….If I get further information related to these people, I will forward on to you to help you with your decision-making….

For information on the DA and District Judge Elections for District 21, see original information below this email.  For elections in other Judicial Districts, see link above to “All Statewide Candidates”….

A Summary of my Overall Preferences on the Judicial Retention Elections:

Historically, no High Court Judge has ever been “voted out” in an Oklahoma Retention Election…however, as voters become more educated, this could change…”If in doubt, vote'em out”…..

DISTRICT NO. 6 – TOM COLBERT – VOTE “NO”, not to keep
Colbert was originally appointed by Governor Brad Henry (D) in 2004.
BIO:  http://www.courtfacts.org/project/colbert/
CASES:  http://www.oscn.net/applications/oscn/judges.asp?court=OK&judge=COLBERT&cd=Supreme%20Court%20of%20Oklahoma

Colbert, C.J., Reif, V.C.J., Kauger, Watt and Combs, JJ., concurred with allowing for a Stay of Execution, even though it was fully outside of their jurisdiction per Oklahoma State Law (Constitution).

On the other hand Winchester, Edmondson, Taylor and Gurich, JJ., dissented with this Stay, claiming "The Appellants have maneuvered this Court right where they set out to put us and that is, for the first time in this Court's relevant history, in the middle of a death penalty appeal.  We have never been here before and we have no jurisdiction to be here now." (Justice Taylor)

No matter how the execution came out, the Justices who voted Yes were wrong in trying to “stay” the execution within the OK Supreme Court. We don’t need Supreme Court Justices who believe they can work outside the law and outside their jurisdiction.
http://law.justia.com/cases/oklahoma/supreme-court/2014/112741-0.html
http://law.justia.com/cases/oklahoma/supreme-court/
http://time.com/71098/oklahoma-supreme-court-execution-stays-granted-lethal-injection/

In October 2012, political science professors Adam Bonica and Michael Woodruff of Stanford University attempted to determine the partisan ideology of State Supreme Court Justices in their paper, State Supreme Court Ideology and 'New Style' Judicial Campaigns.  A score above 0 indicated a more conservative leaning ideology while scores below 0 are more liberal.  Lumpkin received a Campaign Finance score (CF score) of 0.88, indicating a conservative ideological leaning.  This is more conservative than the average CF score of 0.33 that justices received in Oklahoma.  The study is based on data from campaign contributions by judges themselves, the partisan leaning of contributors to the judges or, in the absence of elections, the ideology of the appointing body (governor or legislature).  This study is not a definitive label of a justice, but an academic gauge of various factors.
http://judgepedia.org/Gary_Lumpkin

In 2008, the OklahomaConstitution.com commented on this same Justice…recommending the people Vote “Yes” on Justice Gary Lumpkin.
http://oklahomaconstitution.com/ns.php?nid=132&pastissue=1

OFFICE 1 – DEBORAH B. BARNES – VOTE “NO”, not to keep
Barnes was appointed by Governor Brad Henry (D) in 2008.
BIO:  http://www.courtfacts.org/project/barnes/
CASES:  http://www.oscn.net/applications/oscn/judges.asp?court=OK%20CIV%20APP&judge=BARNES&cd=Oklahoma%20Court%20of%20Civil%20Appeals

Steve Fair, Republican, of Duncan, OK recommended a Vote of “NO” for Barnes in the 2010 election.  Although, Steve mostly recommends a “No” vote based on whether they were appointed by a Democrat or Republican Governor.
http://stevefair.blogspot.com/2010/09/here-comes-judges-up-until-1967.html

If you believe blogs, it appears that Justice Brian Goree is most likely a pro-gun and a pro-life person….
http://www.prolifeblogs.com/articles/aggregator.php/exclusive-former-abortion-clinic-worker-speaks-out-for-life/ht%20...%3C/aggregator.php?entry=1241193

In 2008, the Oklahoma Constition.com commented and recommended the following vote….
It is recommended that all four of these judges up for retention, Jerry Goodman, Jane Wiseman, Keith Rapp, and John Fischer, should be replaced.  VOTE NO on all four (Note:  3 of which are included in the 2014 election).   http://oklahomaconstitution.com/ns.php?nid=132&pastissue=1

There are 3 State Questions on the ballot.  I will probably vote YES (to pass) on all 3, unless I hear something about them that is not so obvious....NOTE:  Always be careful how you vote on State Questions.  I don't have the actual wording on these and sometimes a "NO" vote is a pass-vote and sometimes a "YES" vote is a pass-vote...read them carefully.....

SQ 769  (Summary:  Modifying the current law in order to allow some of those who hold office to simultaneously be in a Reserve or Guard Unit, even if they are called to active service while holding office)

THE GIST OF THE PROPOSITION IS AS FOLLOWS:

This measure amends Section 12 of Article 2 of the Oklahoma Constitution.  That Section currently imposes limits on an individual simultaneously holding certain government offices.  The amendment would permit those serving in state offices of trust or profit to also hold certain military positions.  Holders of an Oklahoma office of trust or profit who currently cannot simultaneously hold certain military positions, include:
Legislators;
State Judges;
District Attorneys;
Statewide elected officials, such as the Governor, Lieutenant Governor, Attorney General, and Treasurer;
Members of State Boards, Agencies and Commissions, and Many County Officers.

The measure creates a state constitutional right permitting holders of Oklahoma offices of trust or profit to also serve and be called to active duty or active service in the following military positions:
An Officer or Enlisted Member of
The National Guard,
The National Guard Reserve,
The Oklahoma State Guard, or
Any other active militia or military force organized under State law;
An Officer of the Officers Reserve Corps of the United States or
An Enlisted Member of the Organized Reserves of the United States.

The Measure empowers the Legislature to enact laws to implement the amended Section.

SQ 771  (Summary:  A Special Homestead Exemption for spouses of military personnel who have died in the line of duty)

Overall, my opinion on the Judicial Retention Elections (not those candidates below) are "If in doubt, vote them out"....

Generally, I vote NO to all judges that are on the "retention" list ballot unless I know them to be truly good and fair judges who do not want to legislate from the bench...

Steven Stice previously owned a small business and worked with others regarding business law for several years.; he worked in private practice for quite a few years; and, he has been a Special Judge for a few years.  His experience is broad-ranged.  He believes that it is important that both parties who come to court, be it criminal or civil cases, should be treated equally under the laws of the State and as applicable to law.  He did not believe that it was good to have "political" endorsements as he believes they should remain apolitical as the job calls for.  He has several judges within the state who endorse him.  He believes it is not his position to "legislate" from the bench.

Jeff Virgin is younger than Stice and essentially has less experience.  He has worked with the DA's office and he has worked as a Special Judge for a short time.  He has been endorsed by the Sheriffs' offices in all 3 counties and the DA's office.  He also has been endorsed by US Rep. Tom Cole and several of the State Legislators.  He is proud of these endorsements and he indicated that his experience as a Special Judge in McClain County has given him much broader experience than would be normally anticipated due to their heavy workload.

The meeting in Norman gave me a lot of insight into these two candidates and really helped me to make up my mind which one I believe to be the better candidate.  I think both candidates are worthy of the position; however, due to life and legal experience, I believe Steve Stice to be the better of the two candidates at this time.  I have no real problems with Jeff Virgin.  I agree with Steve Stice that judges should remove themselves from the political arena as much as they can.  I would also like for Jeff Virgin to obtain a little more experience.

The two candidates for DISTRICT ATTORNEY are:

The District Attorney (along with the Assistant DA's appointed by him) work in all 3 counties (Cleveland, McClain, and Garvin Counties).

Greg Mashburn is the incumbent DA for District 21.  He has been our DA for 8 years.  Overall, Mashburn did not impress me too greatly.  His prosecution of many different crimes seemed to be somewhat "mechanical" in his viewpoint.  In example:  He commented that he gives drug offenders 5 chances (with various stepwise increasing punishments) and then sends them to prison.  His attitude didn't seem to take into account various types of scenarios that could occur with these people.

Mike Milstead openly admitted that he has an "ax to grind" against Mashburn.  This appears to be his greatest reason for running for Dist. Attorney.  This "ax" appears to be marijuana (probably the legalization of it).  He believes that the possession and use of marijuana should not be a prison offense.  When asked questions about various issues, he seldom gave any answer unless the question related to marijuana.  I believe that he would "enact" marijuana legalization by poor or no prosecution of most offenders.  I don't know if he would do too well at anything else either.  His views and his overall presence pushed me to only consider Mashburn as a viable candidate.