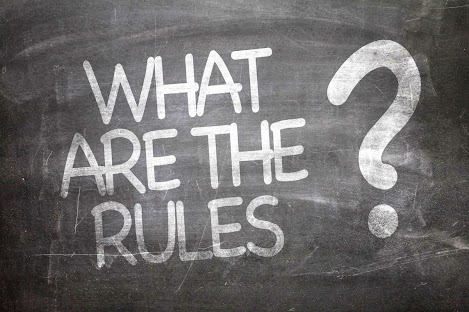 What in the world is going on at the Oklahoma State Department of Education - again?

July 12th, the Oklahoma State School Board voted to accept the rules written to uphold HB1775, the bill that prohibits the teaching of divisive subjects often linked to Critical Theory, or Critical Race Training.

Not only that, but the whole snafu had to do with "scrivener's errors" and a "rushed" process.

What? The bill was signed May 7th of this year and went into effect July 1. There were 45 days between the bill's signing and the July 12th meeting where the rules were presented. How the heck long does it take to make rules? I know they should be thorough, but come on!

Of course I think we probably all believe this to be just another example of bureaucratic slow-roll to keep something from happening that would empower the people who pay their salaries.

I'm fairly certain bureaucracies run best when parents and taxpayers are ignorant, so there's that.

Here's the most important part. According to the Superintendent,

"In the meantime, districts do need to follow the rules and guidance until that is completed (the repaired rules are presented to the Board and voted on again). And since there will be no changes to it."

In other words, though we screwed up the rules, they were silly screw ups and until they're fixed, DISTRICTS MUST FOLLOW THE RULES.

If districts are not following the rules, we have produced several blogs here and here, to help you figure out what to do to make the district FOLLOW THE RULES.

Do not back down, parents and taxpayers. We are only a Republic as long as the law is upheld as the law. We're dangerously close to losing that, so MAKE THEM FOLLOW THE RULES.

The following is an audio of the August 26th State School Board meeting so you can hear what Superintendent Hofmeister said for yourself.