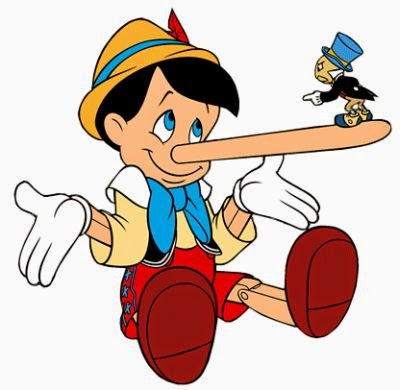 During the local KFOR-TV show, FlashPoint (approx. minute 2) which aired on Father's Day, Dr. Barresi clearly uses me personally (Jenni White) as a pawn in her political game of tall tale telling by explaining to the audience that she has met with me/us (ROPE) to hear our concerns.  This made me angry enough to respond.  In the following blog, you will find the history of Jenni/ROPE and Superintendent Janet Barresi.  I hope you will come away with a clear understanding of why ROPE could never support her as State Superintendent again.

In the spring of 1999, I accepted a job at Independence Charter Middle school teaching 7th grade science on the same team where my mother taught 7th grade English.  Dr. Barresi had created the school and maintained a supervisory capacity, having worked very hard to create an environment where students (including her two sons) would be provided a rigorous curricula (we used E.D. Hirsch's Core Knowledge curriculum - not Common Core) and parents would be accountable for their children's behavior.

By the time we left in 2002 (my mother formally retired after decades of teaching and I left to stay home with our first son), we believed our voices no longer appreciated in the present and future plans of Independence.  Nevertheless, I was impressed Dr. Barresi could work so hard and organize so well as to create an entire school.  ROPE fully backed Dr. Barresi believing she could provide the accountability our former Superintendent had not seemed to do.  I personally staked out campaign signs, wrote blogs, marched in parades and spoke across the state to help Dr. Barresi's campaign for election.

My thought process changed immediately after Dr. Barresi won her election and by December 2011, I had written the following blog,  Marveling at The Nuclear Fallout Of Partisan Politics.  I urge you to read this post.  It details how Dr. Barresi used partisan politics and her friendship with Governor Mary Fallin to create a situation in which she could gain complete control over the Department of Education - neutering the State Board.

Since that time, there have been continuing efforts to belittle our organization and demean mothers and others interested in public education, making nearly every battle partisan - as though she personally represents every Republican in the state and we all want exactly what she wants.  While Joel Robison, Barresi's Chief of Staff, has made several attempts to stay in contact over the last several years, Dr. Barresi herself has gone out of her way NOT to.
In closing I would like to create a list of reasons why ROPE asks you to vote AGAINST Dr. Barresi June 24th.*

Honestly and sadly, I could go on.  I feel like one of the Founding Fathers enumerating the various acts of tyranny by King George.  No public official is 'perfect'.  That's not the issue.  The issue here is, does the candidate respect the authority of those she serves?  In this case, I believe the facts show the answer to be NO.

*Though ROPE can not endorse candidates for public office or support their campaigns, I personally will be voting for Joy Hoffmeister for State Superintendent on June 24th.
Posted by Jenni L. White at 4:14 PM