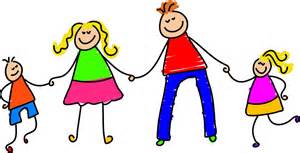 1. ROPE IS AN ANTI-PUBLIC EDUCATION GROUP


WRONG: Six years of published work attests to our mission statement, which is:

2. ROPE HAS NEVER READ THE STANDARDS

WRONG, I personally read parts of the standards in order to corroborate comments made by standards reviewers before I published them.

RIGHT: None of us at ROPE read the standards through, as none of us felt qualified to comment on a subject in which we had no expertise (standards writing, English/Language Arts or Math).  Consequently, the next appropriate step toward enlightening ourselves and the public about the new OAS, was to review those comments submitted to the OSDE by outside standards experts.

"Yes, I actually read the standards. I read each draft. More importantly, I limit my comments to the English/Language Arts standards. Why? Before becoming an administrator, I taught middle and high school English for nine years. Academically this is what I know."


3. ROPE PROVIDED INPUT ON THE STANDARDS AT THE "11TH HOUR"


WRONG:  While ROPE could never be considered "outside reviewer" for the reasons given above, the following timeline represents all comments, reviews and statements made by ROPE regarding the new OAS.


4. OTHER COMMENTS AND CONCERNS ADDRESSED

Why would we create a report about the new standards instead of writing our own?

Why did we create a report of the negative things instead of highlighting the good things?

Why did we not include comments from teachers/parents/community leaders in our review of reviews?

Why was it important to have Dr. Stotsky and Dr. Gray be involved in the OAS process and comment on the standards themselves?


5. PEOPLE WHO HOMESCHOOL THEIR CHILDREN CAN'T COMMENT ON THE STANDARDS


WRONG:  Any taxpaying American citizen has a right and responsibility to comment on anything government does - at any level - that affects them in any way.

If members of the public education establishment don't want people who don't use the system to comment on how the system is run, but then also violently protest allowing parents to take their tax money and use it outside the public school to fund an education that works for their child, this can only be called fascism - paying for a government system that is impossible to influence.  It's also circular reasoning; "you can't comment on a government system though you pay for the system's implementation".  This accusation is used primarily to shout down opposition not because there is any truth in the statement at all.


ROPE can be publicly demonized for reporting on the problems inherent in the Oklahoma Academic Standards but that doesn't change the fact that national experts and Oklahoma reviewers are the ones that claimed the standards need fixing.  This fact is contained in reviews on the OSDE website for all to read.  If legislators, the Governor, and the education community choose to ignore the identified "fixes" to the standards that make them better BEFORE they're implemented, it seems reasonable then, not to complain if falling student performance follows.
Posted by Jenni L. White at 11:56 AM