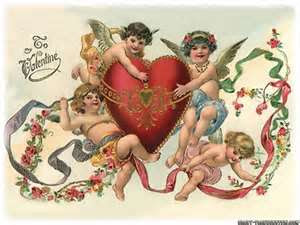 I received an email forward from an Oklahoma legislator today that took me aback a bit I must say.  This email was apparently sent to at least some Oklahoma legislators from the Foundation for Educational Excellence (FEE) - established and run by Jeb Bush out of Florida - in support of the Common Core State Standards (CCSS), called "Debunking Common Core State Standards Myths".

Recent evidence shows our State Superintendent, Janet Barresi (a member of the Chiefs for Change, an offshoot of the FEE) and Governor Fallin have been utilizing the FEE to write educational 'reform' measures for use here in Oklahoma.  I just recently wrote about that phenomena and the ramifications for our state.

It's a bit disconcerting to realize that Oklahoma taxpayers are paying to have Florida reforms instituted in Oklahoma, wresting control away from local school boards.  I didn't know our states were enough alike to be able to sustain the same education policies.  Does that mean Oklahoma will get beachfront property too?

Although ROPE has been working for years to educate Oklahomans about the Common Core State Standards, and welcomes any chance to discuss them, I wondered why in the world this email would come out today.  A Common Core Valentine perhaps?

Then I was sent this story, "Lawmakers, commissioner sow seeds to delay Common Core in Florida", written this morning (2/14).  The article expounds on the growing fears states are having about the Common Core - particularly the expense.  It even mentions the growing number of states attempting to jump ship on the CCSS (Indiana, Utah, Alabama, Missouri, Idaho, Colorado, Kansas...).  In fact, Indiana's State Superintendent, Tony Bennett - a Chief for Change - could not win re-election last November and was ousted from his post by a relative unknown due specifically to the contentious FEE education 'reforms' (including Common Core) being attempted there.  It appears the FEE "doth protest too much".

There was no trackback link to the email, so there's no way to post the email here.  I did, however, copy and paste the body into a Word document that I was able to PDF.  I posted that on our Scribd account so you could see it for yourself.

Here are some thoughts on the email:

- The first 'article' is an opinion piece from, you guessed it, The FEE.  Take a look at the comments - none of which are in favor of CCSS.

- The second is an article from EdWeek and reports the numbers of schools expecting to roll out the CCSS in 2014 based upon a survey.  The survey was provided by the Council of Great City Schools, a private membership organization housing a 'Common Core State Standards Project' funded by the Bill Gates Foundation (a consistent underwriter of CCSS and other RTT reforms).  Thirty-six urban schools completed the survey.  This is called, "Fallacy of Small Sample".  It sounds great that 87% of schools are ready to roll out the CCSS in 2014 until you find out that only 36 schools out of the 45 states adopting the CCSS were sampled.

- The next article is from the blog of an endowed professor of 'education reform' at the University of Arkansas, Jay Greene.  The guest-poster here is Matthew Ladner, a Senior Advisor of Policy and Research for the FEE!  (PS:  I found this out because many of the emails between the FEE and Barresi had Mr. Ladner included as a recipient).  I'm certain this is the reason he absolutely excoriates Michelle Malkin for daring to link the standards to President Obama (The CCSS were instituted across the nation through his Race to the Top grant, so how do you not do just that?).  You know us conservative types, though, we're EXTREMISTS!

Wasn't it Saul Alinsky that invented the tactic of marginalizing the enemy through name-calling?  So Ladner's calling plays from the quintessential Communist playbook?  Of note as well, Ladner tries to cite Kentucky NAEP scores as indicative of the increased effectiveness of the CCSS in the state of Kentucky but then gets educated in the comments section by Richard Innes, Staff Education Analyst, Bluegrass Institute for Public Policy Solutions in Kentucky, that he's using the wrong figures, thereby reducing Matt's so called CCSS 'effects'.

- Why they included the next article from EdWeek, I have no idea because it talks about the confusion inherent in the CCSS English Standards.  Though they don't talk about the standards themselves - just the confusion over how much fiction vs non-fiction reading will be required - the simple acknowledgement of the confusion surrounding the CCSS is less than a ringing endorsement of the Core.  Again in this instance, the comments are all over the place with very few camped out in the CCSS field.

- The next article discusses the Common Core tests.  It takes the time to cover both views, so I will give that one to the FEE.  I do think it important to note that one of the issues of concern in the article surround the costs of the tests.  This has been a concern for us as well.  Sadly, the powers that be in Oklahoma have not found it necessary to worry about that, I guess.  There has yet to be even a single hearing on the possible costs relating to testing of the CCSS.

- Next come two comments from teachers in Florida speaking well of the CCSS.  Funny, but there are two Oklahoma teachers right now I could call who would say exactly the opposite.  In fact, we've talked to teachers across the state (few of whom will come out of the shadows to be identified for fear of reprisal and loss of their jobs) who have told us they are going to retire just to get away from the recent 'education reforms' including the Core.  It's just too hard for them to teach effectively anymore and it's definitely no fun.

- Next comes a whole section of business leaders who are supporting the Common Core.  This always perplexes me.  How in the world have Republicans come to the conclusion that children should be educated for the 'workforce'?  How do you even begin to think of calling CHILDREN Human Capital?  Are we now a Communist country where we turn school children into a proletariat - workers that represent only the capital their future work can provide the ruling class and bourgeoisie?  In fact, the greater Oklahoma City Chamber of Commerce says, "Strong public schools provide quality educations for our children, as well as prepare a qualified workforce for our city's future."  No.  The object of education is not to prepare a child for the workforce, but to prepare a child to do anything they desire in life because they are prepared for anything.  That's the job of a classical education model and we're national debt miles away from that with our current Jeb Bush plan.

The CCSS have never been state-led.  The initiative was designed from the outset to be a set of national standards that would not be directly labeled as such to avoid violating federal law.  Individual private groups (the NGA and the CCSSO) facilitated the writing of the standards, and the Obama Administration pushed them to cash-strapped states by offering buckets of stimulus funds (RTT).  The NGA and CCSSO developed alliances with gigantic book publishers (Pearson), suppliers of CCSS materials (Achieve) to cover the needs of states for CCSS materials and the Gates Foundation to provide software and bribe money to organizations (ALEC) to help facilitate their use and moved one of the architects of the standards into position to become president of the college board where he could align the most widely-used college admissions test (ACT) to the CCSS.  Finally, the Obama Administration offered NCLB Waivers for states implementing the CCSS and their idea of an A-F system of 'accountability' specifically for the CCSS.  C'est voila!  All Oklahoma schools (including charter schools) must now teach the CCSS because they must take the expensive PARCC (state) tests that assess them.  If students make poor grades on the PARCC tests, school A-F scores could drop to the D or F category, causing the State Department of Ed to take over the school.  Smaller textbook companies must align with the CCSS or lose market share, causing the textbook market for home schools to contract.  Even private schools are now beginning to use the CCSS in order to keep their student's ACT scores from falling.

Where's the choice in education Republicans keep touting?  Where's the ability to excel above "common"?  What about local control?

We can argue about 20 ways to Sunday about the CCSS and do it all day long, but in the end, Oklahomans want to control the destinies of their children through their own local public school boards, home or private schools.  The CCSS is not Oklahoman.  The CCSS is not local.  The CCSS does not provide choice in education to Oklahoma families.

The following national organizations agree with this assessment and have come out against the Common Core State Standards:

The Truth in American Education website has a very long list of organizations against the Common Core.

Another long list of organizations and individuals (including Michael Carnuccio and Brandon Dutcher of OCPA) signed a statement entitled Closing the Door on Innovation.

among others; as well as individual signers.

ROPE fervently hopes and prays our Superintendent and others would begin to immediately think logically and seriously about getting Oklahoma out of the CCSS - before it becomes Oklahoma's own version of MediCare.


PS:  For another good article on the Common Core, see - Five Questions To Ask About The Common Core by Yong Zhao
Posted by Jenni L. White at 1:44 AM