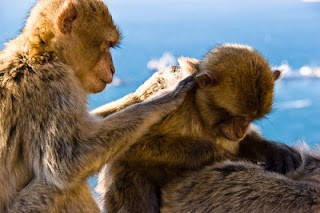 Who's Really Responsible for
Oklahoma's Educational Policies
- Dr. Barresi or the
Foundation for Educational Excellence?

An organization called In The Public Interest, submitted Freedom of Information requests for emails between State Superintendents who are members of the Chiefs for Change and Jeb Bush's Foundation for Educational Excellence (FEE) out of Florida - the organization which developed and FUNDS the Chiefs.  Yes, I'm certain this was an effort for a liberal paper to grind their ax on conservatives and free enterprise and yes, ROPE has very little in common with the liberal perspective.  It is important to note, however, that there is a difference between 'free enterprise' and 'cronyism'.  NO taxpaying citizen should sit still for government by cronyism.

Why do we bring this information to you?  Our state superintendent, Janet Barresi, is a Chief for Change.  Consequently, her emails were part of the FOI request.  This article and the associated emails make a clear and resounding case that our State Department of Education is being run by method of 'educational cronyism'.

There are a number of very interesting emails - some of them described here by this blogger - but all of them show how the run-of-the-mill voter/taxpayer has been cut out of educational policy in Oklahoma.

Unfortunately, the Governor's office is implicit in the described situation.  Here is an email in which Dr. Barresi is communicating directly with Katie Altschuler (a policy analyst in the Governor's office whom I have seen attend state education board meetings) about the key priorities of the C4C (parallel to Dr. Barresi's C3 initiative) policy produced by the Chiefs.  This indicates with little doubt that the Governor's interest also lies in creating education policy outside her state.

Not only that, but please note the category on the C4C chart labeled, "Human Capital".  What?  We're now a Communist country where we turn school children into a proletariat - workers that represent only the capital their work can provide the ruling class and bourgeoisie?  Does that language not trouble anyone?  Frankly, this does fit into the current educational meme - that of Common Standards and leveling the playing field for every child.

Here is another email where Dr. Barresi's Assistant Superintendent Kari White is asking the Foundation for assistance in writing their NCLB Waiver (which ROPE and MANY others asked Dr. Barresi and Governor Fallin not to take - knowing the federal strings it would attach to Oklahoma).  She also mentions the C4C initiative (C3).

I could go continue obviously, but I needn't.  It is clear.  Dr. Barresi and Governor Fallin are quite apparently ushering federal control into Oklahoma schools through an organization working arm and arm with the Obama administration in order to capitalize on the federal level education reform being pushed through to states with money from the Stimulus.  Go figure.  We're being told these reforms - completely untested and NEVER studied by Oklahoma legislators like Senator Clark Jolley (also associated with this organization as noted in the story) who placed them into state law in order to get Race To the Top (stimulus) money, are necessary for education accountability, yet can't accountability be met at the local level by boards of education?

If you ever believed our State Superintendent and Governor had the best interests of Oklahoma school children in mind, I do hope you will read the story in the Post, the associated emails and other links provided here.  No, we will never know the hearts and minds of these elected officials and as such, can not ascribe motive, however, there is a large body of evidence now available that provides great insight into the impetus of their behaviors.

I will remind our readers here that ROPE approached Dr. Barresi a number of times early on in her tenure - after endorsing her for her post - with research we had completed on the Common Core.  We were summarily dismissed.  Sad isn't it?  Legitimate researcher/parents/taxpayers given ZERO time by either the Governor's office or the State Superintendent's office, because these elected officials prefer to get their marching orders from Jeb Bush?

If this information upsets you, ROPE URGES you to contact your legislator, your STATE school board member and your LOCAL school board member.  Let them know you do not appreciate the educational cronyism inherent in our state's educational system.  Let them know that Republicans stand for local control of education - not educational takeover of schools by the federal government through regulations to which we sign on in order to use programs developed by organizations in which the parties involved have some form of personal interest.

It is VERY important to seek out your STATE BOARD MEMBER.  It is interesting to ROPE that early on in her tenure, Dr. Barresi had the State Board members sign a 'contract' stating that they would not go against 'her' education 'reform' measures.  Why is this?  Because we would lose the NCLB Waiver Chiefs for Change helped her write.  So what?  Because inside the Waiver is the A-F grading system - again, which the FEE helped her write - that calls on State Superintendents to take over 'underperforming' schools.  Take school management away from a district?  Yes.  This is an excellent way for organizations benefiting from Race to the Top school 'reform' (such as FEE, Pearson and Achieve) to sell the state programs developed outside of the state to use on local schools.  How is this LOCAL?  How can this be good for Oklahoma children?

It isn't, but it's great for private industry and makes perfect sense actually.  The business model goes something like this:  Will promote the current Presidential administration's educational policy through a non-profit entity dedicated to assisting state school superintendents in writing parallel educational policy and training them how to convince lawmakers to write this policy into state law, all while investing money in private sector companies that develop programs to be sold to the states to meet the educational programming needs generated by implementing state education policy law.  Wow.  Way to work out a revenue stream!  Too bad the fallout for all this happens to be local school boards and children.

Ohhh, but wait!  An organization inside Oklahoma is suggesting Oklahoma do away with local school boards entirely in order to make this transition to national education policy more seamless!  The Oklahoma Academy - a conglomeration of local elites/dignitaries (including Brian Bush of OCPA, Amy Ford of the State School Board, State Representatives Leslie Osborn and Scott Martin and former Representative Chris Benge) and the hand-picked 'regular' Oklahoman, have determined to "Abolish or Consolidate Current County Structure by 2032" (page 6).  For anyone who understands Agenda 21 and the push to globalize education, this is not hard to believe, but certainly a frustrating situation for anyone who lives in the REDDEST STATE IN THE UNION.

Though we will always believe in local control of education, we might not have been so resistant to Dr. Barresi's plans for Oklahoma education if red flags hadn't gone up immediately due to the fact that the law instituting the Race to the Top reforms she is using (SB2033) - teacher/leader effectiveness, Common Core, data collection, turnaround schools - was put into place in Oklahoma (like in other states) long before any of the reforms had been written, tested or peer-reviewed.  How do you create educational policy for an entire state without results from other states that you can use to extrapolate onto yours?  It's hard to get behind initiatives that reduce children to guinea pigs.

It seems commonsensical then to wonder what came first - the ideas of how to make money off education reform, or the education reforms themselves?  Unfortunately for Oklahoma, the reforms Dr. Barresi has been embracing through the Obama administration and the FEE are failing all across the nation.  You have but to search "what's wrong with the Common Core State Standards" to see how rife with problems this initiative has become, as more and more states find the expense doesn't warrant the mediocrity of the standards.  Then there's the turnaround of failing schools that didn't even work in Chicago - birth place of our nation's superintendent Arne Duncan. The state databases have found to be overreaching and interfering with family privacy in large ways and here in Oklahoma (as in other states) the A-F grading system has been found to be completely invalid.

Often, those of us who pay attention to politics and governance are frustrated by our inability to effect change in the system.  Now we know why.  He with the gold makes the rules.  The only thing that can stop this situation is to wake up other citizens to the fact that their liberties - THEIR CHOICES - are being threatened daily by those who have self-interest at heart.  Please, don't take us at our word - go to the links, study the documents for yourselves.  If you agree with our position, TELL EVERYONE YOU CAN about what is going on right here in Oklahoma.  Our children - OUR STATE AND INDIVIDUAL SOVEREIGNTY - is much too precious to waste!