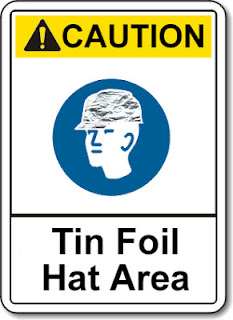 ROPE Rebuttal to Oklahoman Editorial from May 22, 2013 entitled,

This is the second time an editorialist for the Oklahoman has written an article referring to those of us residing in the Common Core detractor camp as misfits that needn't be heard on any level.  This isn't surprising as Ray Carter, the husband of Dr. Barresi's former Chief of Staff (who left after referring to some Oklahoma Superintendents as "dirt bags" in her Twitter feed), is employed in the editorial department of the newspaper, but really.

Daily Oklahoman, the FACTS are in ROPE’S favor.  You have YET to produce any credible evidence for your continued parroting of talking points supplied by the Foundation for Excellence in Education for whom Dr. Barresi as one of their "Chiefs for Change" has allowed this Jeb Bush-backed group to write much of the education 'reform' legislation being used here in Oklahoma.  How is that local?

Though I don't have time or inclination to spend much of my day ruminating over DOK editorials (especially after such a horrific incident for Oklahoma as the recent tornadoes), I feel it more than fair to point out that while there has NEVER been any credible evidence used by the Daily Oklahoman or one of their editorialist to support their position, ROPE has reams and reams and reams of citations that bolster OUR position from such conspiratorial websites as "http://www.edweek.org" and "www.ed.gov".

The Common Core State Standards Initiative was NOT spearheaded by state Governors (through the National Governor's Association (NGA) of which our Governor is Vice-Chair) and state Superintendents (the Council for Chief State School Officers (CCSSO)). It was spearheaded by the Bill Gates Foundation, a man named Marc Tucker (and his pet project the National Center for Education and the Economy) and that organization’s spin-off organization, Achieve.  In fact, you can find a timeline for all of this directly on Achieve's website!  But then, maybe that's too conspiratorial!  Yes, the NGA and the CCSSO were brought in, but only AFTER the standards were conceived and partially written!  So, how is that state led again? Because we have a Governor and Chief State School Officer?  How does that mean 'local' again?

Oklahoma did voluntarily 'adopt' the standards I guess you could say. The 'adoption' of the Common Core State Standards were accomplished through one paragraph in a 32 page bill having to do with teacher incentive pay and several other education ‘reform’ issues (SB2033 -2010). Oklahoma HAD to put the CCSS (and other education 'reforms') into law in order to up their points on the Race to the Top grant for which they were applying .

Yes, DOK, I agree; Oklahoma GOT NO MONEY FROM RACE TO THE TOP, but this just makes Common Core and ALL the other education 'reforms' in that bill UNFUNDED MANDATES!

As for the "federal standards" argument; ROPE has never said these are federal standards. They are not. They were devised in a manner - knowing that federalized standards and curricula are against federal law - to prevent that argument by having Achieve 'partner' with the NGA and CCSSO to release them through the states. Please see this article in the VERY, VERY CONSPIRATORIAL Chronicle of Higher Education called, "The Core Conundrum" by Peter Wood. This article outlines this situation beautifully.

These Terms shall be construed in accordance with the laws of the District of Columbia, without regard to conflicts principles. A court of competent jurisdiction in Washington, DC shall be the exclusive forum for the resolution of any dispute between you and NGA Center or CCSSO, and you irrevocably consent to the personal and subject matter jurisdiction, and venue, of such court.

Why would you have to sue over the Common Core firstly, and then secondly, why would your lawsuit only be dealt with in the District of Columbia (Washington, D.C. - the seat of our FEDERAL government)?

Dr. Barresi joined Oklahoma to an organization called Partnership for College and Career Ready Assessments (note the conspiratorial citation here: PARCC).  Because PARCC was given ARRA (federal stimulus) funds through a Race to the Top grant to develop tests for the Common Core, the federal government has now stepped in and told PARCC that the Department of Education must review the PARCC tests (Look out! This citation from EdWeek is very conspiratorial as well!).

How is this NOT federal control when you consider that PARCC is to test for the Common Core State Standards and what is in the Standards will be on the test?  If schools don't align their curricula to teach to the Common Core Standards the pupils don't do well on the tests and the schools A-F score decreases.  If a school reaches a D or F in grade, the State Department of Education or one of their contractors can take over the school as per Oklahoma's NCLB waiver the DOK would be so beneficial to students. How is that local control?  For what then is a school board?

That certainly appears a valid question, but who is answering?  A recent blog written by a ROPE follower highlights well our frustration.  Even when exposed to legitimate questions and points made by parents/taxpayers, all our Superintendent can do is talk in circles and defray answering - and WE'RE the ones in the tinfoil hat zone?  We beg to disagree.