Parents Need To Take A Greater Role in the Education of Your Children, But You Can't Because _______ (fill in the blank) 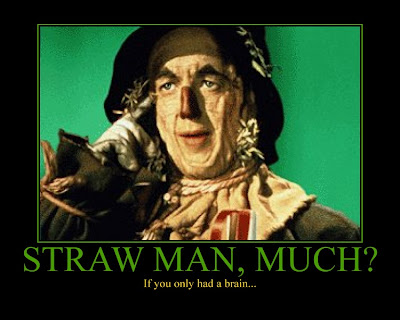 I've been meaning to write a post for a number of months now on a favorite soapbox topic of mine - Education Reform and the Role of the Parent.

When I first set out to try and 'right' perceived wrongs perpetrated on decent taxpaying citizens and parents through the public school system, I thought I was going to make quick headway.  I thought, if I talked long and hard enough (I guess), I could make people see how easily and simply all today's educational issues could be solved by moving education back to the local level.  Who, after all, more than a parent would want to see their student thrive in their education?

I have been wrong about myriad things in my life, but about fewer things have I been more wrong.

I remember one of the first times I discussed a bill with a legislator and said something akin to, "Parents don't want that.", and I was told, "Parents don't know what they want."

There was even a legislator this session who wanted to make ALL home schoolers provide their lesson plans and curricula to the state because she knew A family who was 'home schooling' their children because they couldn't manage to get the kids to school on time due to the fact that their crack habit created somewhat irregular hours.

Sadly, we have no idea how in the world to decipher this proverb anymore because humans have finally come to the point in history where legislation is written at EVERY level about EVERYTHING to protect EVERYONE from THEMSELVES.

We don't write legislation, regulations and mandates TO PROTECT THE PEOPLE doing the right thing in society anymore, we create laws to try and force those that aren't into doing so.  This ideology exists in direct opposition to that of the Constitution and the Founders' vision of our Republic.  According to the Founders, government wasn't instituted among men to protect men from THEMSELVES, but to protect THEM from the government (over-regulation).

Yes, I feel that MANY parents today (maybe even a majority) have abandoned their children on a number of levels (emotionally, physically, economically, behaviorally).

I know good Christian parents who just can't bear to be honest with their children and reproach them for bad behavior because "We must speak life" into our children and "shaming or confronting" them will only make them feel worse about themselves.  They 'helicopter' around their children's activities and schools because they never want to be out of the picture, but their eyes remain blissfully closed to anything other than perfection.

I know parents who need to have a house in Oak Tree but can only afford it on two incomes so they drop their kids off at school in the morning, allow them to let themselves into the house after school and remain unsupervised until they come home from work, pick them up and then cart them to 20 or 30 after school activities because they feel guilty about not spending time with them.

I know parents who have been left by a spouse (or whose other half is serving overseas in the military) and are having to be two people all the time and are simply too worn out to do as much as they'd like and as much as their children need.

I know parents who simply don't care a whit about their kids excepting the gubbmt check they get to feed and clothe them.

But let's "what if" a minute....
What if there weren't gubbmt checks to provide a 'safety net' for those who simply don't know how to survive because they've been getting a gubbmt check all their lives?
What if, instead of in-house suspension, a parent had to come up to the school and babysit their own misbehaving child, or be forced to take them to work with them?
What if a child was humanely and calmly given a swat with a paddle on their back end when they created an issue in the classroom that prevented others from learning? (I had a NUMBER of those and I turned out okay with no lasting emotional or physical scars!)
What if churches actually taught Biblical parenting, accountability and responsibility from their pews instead of the "speaking life" to "prosperity" gospel?
What if principals backed up teachers and told parents they had better make their kid tow the line or they'd get tossed into the street?

.....What if the federal, state and local governments, schools and districts, weren't providing a MYRIAD of ways for parents to avoid having to take personal responsibility for their kids?
.....What if the federal and state government stayed out of the mechanics of education entirely and schools and districts simply gave parents no choice but to have the responsibility for their children they should have assumed once they gave birth to them?

Yes, unfortunately for all of society, Leave It To Beaver is basically only a television show providing a glimpse of what family used to be and may never be again here in America as American values and morals drift further and further outside the scope of those of the '50's.

That doesn't negate the fact that, today, the education establishment, and government at all levels, take power away from parents on a long term and DAILY basis, only to then attack them for not doing 'enough'.

Guess what?  Prophesies are often self-fulfilling and your straw man is on fire.
Posted by ROPE at 1:01 PM