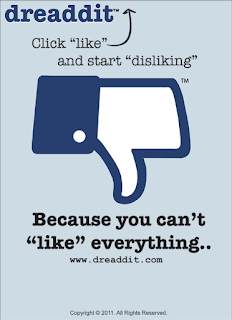 Wednesday morning, May 2, at 9:00am, Representative Mike Shelton will be presenting a "Motion of Disapproval" to the Administrative Rules and Government Oversight Committee against the grading system proffered by Dr. Janet Barresi and the State Department of Education in order to get the No Child Left Behind (NCLB) waiver (approved by the Department of Education in February of this year and put into law through HB1456 last legislative year).

According to the report in the Oklahoman, Representative Lee Denney had this to say about her bill (HB1456),

Joel Robison, then head of the Oklahoma Education Association (hired by Dr. Barresi as her Chief of Staff this year) wasn't sure if the grading system was necessary,

“It makes it easy. A school can get a grade that reflects certain things that is a true grade, but it may not be an accurate representation of everything that's going on at that school.”

Never an NCLB waiver advocate, ROPE now extends our assistance to Representative Shelton and will be at the Wednesday meeting prepared to speak against the grading system.

Should there be accountability in public schools?  Without question.  NO ONE should disagree on that point.  Public schools (including Charter schools) are supported via tax dollars and the people who provide those tax dollars (the public) have a right to know how their money is being spent on the education of future generations.

We don't even disagree with creating a 'grading system' for schools that is more 'user friendly' than the one in current use.  Don't forget, schools have been continuously graded since President Bush's NCLB went into affect, through something called AYP or Adequate Yearly Progress.  The problems with AYP have been varied and many, however, from parents not understanding what an AYP of 560 means to how the actual AYP for each school is calculated.

The new A-F grading system was ostensibly created to allow schools to be graded an F rather than a 580, making it easier for parents to understand.

The new grading system assumes the following model:
A = Reward school
B = ? (We guess the B grade name is a secret)
C = Targeted Intervention
D = Focus School
F = Priority School

LEAs that are unable to demonstrate capacity and the ability to facilitate improvement will relinquish control of all aspects of a Priority School’s operations that directly or indirectly relate to student achievement to the SEA to be included in a theoretical, geographically-unbound group of schools, known as the C3 Schools (C3S). The State Board of Education and the State Superintendent of Public Instruction will assume control of the operations and management for schools designated as C3S as they directly or indirectly relate to student achievement;
In addition, the State Board of Education may choose to reserve a percentage, not to exceed 20% consistent with the requirements listed below, of the LEA’s Title I, Part A allocation to allow the SEA to begin or continue implementing the Turnaround Principles in C3S Priority Schools in the LEA.

Each LEA with at least one Title I Priority School will be required to set aside a percentage of its Title I, Part A allocation, which is reasonable and  necessary to implement the Turnaround Principles in the Priority Schools and to provide school choice options for parents/guardians of students in the school, in consultation with the SEA. This percentage will be determined on a sliding scale...

As stated above, LEAs with identified Priority Schools will be required to implement the Turnaround Principles defined in this ESEA waiver package. LEAs that are unable to demonstrate capacity to do so will relinquish control of all aspects of a Priority School’s operations that directly or indirectly relate to student achievement to the SEA to be included in the C3S.

Also according to the Waiver (page 80),

No teacher or administrator in a Focus School will be exempt from participation in required training or professional development, regardless of the time of day, week, or year; however, the SEA will conscientiously protect instructional time for classroom teachers.

The SEA’s School Support/School Improvement Team and other SEA staff will provide timely and comprehensive monitoring of, and technical assistance for, LEA implementation of interventions in Priority Schools and Focus Schools.

The SEA has chosen to participate in multi-state consortia and collaborative associations in order to develop its own capacity to serve LEAs and schools. The SEA will continue to participate in these multistate organizations and to seek out additional support from other states implementing similar reform strategies.

So, let's get this straight:
How do any of these plans (edicts) allow schools to "work with the school board"?  This sounds more like the State Department of Education will come into "Focus" and "Priority" schools, insert their own staff under the guise of "monitoring", take up to 20% of their Title I funds to do it and implement even more unproven education reform nonsense before the ink on the takeover is even dry.

Nearly 6 million dollars in School Improvement Grants (SIG) have been given Oklahoma. Are you going to tell me this whole NCLB Waiver thing is about the kids?

In addition, the SEA has a plan for continuing the model - whether it works or not.

Check out Page 85 of the Waiver:

Innovating beyond the ESEA Flexibility requirements, Oklahoma will require interventions of all schools that are in the bottom 25% of the State in student achievement that have not been previously identified as Priority schools or Focus Schools.

How is any of this local?  How is any of this endless bureaucracy going to help schools or students?  It isn't and if you ask Chris Brewster, Superintendent of Santa Fe South, Joel Robison is a prophet.  Because of all the red tape and endless hoops to jump through, his waiver paperwork wasn't done appropriately, putting his school on the list of C3 schools when many others didn't believe it should have been.  His isn't the only school this has happened to.  In fact, it isn't the first time, nor will it be the last, if this program is allowed to continue.

Layered bureaucracy will NEVER solve problems in education (or anywhere) like locality.  Government closest to the people is always best because it is closest to the needs of the people being served.  Education can only be run by the district for the district of the district...let's hope Oklahoma finds that out before we program ourselves into the 15th century!
Posted by ROPE at 8:54 PM