New Poll Indicates Only 7% of Oklahomans Would Homeschool. Why Don't The Other 93%? 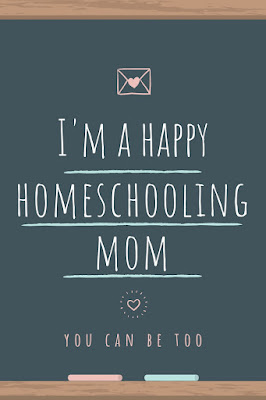 “If you could select any type of school in order to obtain the best education for your child or children, and financial costs and transportation were of no concern, what type of school would you select?”

The 7% figure surprised me.

From 2012 to 2014, I traveled across the state of Oklahoma - and the US - speaking to various groups about Common Core. During this time I frequently encountered parents who would tell me how much their child hated public school, wanting to know what I suggested for alternate forms of education.

I'm a homeschool mom with an education worldview informed by my experience as a public school teacher, education researcher and homeschool tutor. I don't remember an encounter when I didn't recommend homeschooling, yet I recall well the large number of parents who would look at me as though I'd suddenly sprouted wings and then say, "Oh, I couldn't do that", when I suggested the practice.

For years I've tried to figure out reasons why parents feel themselves unable to homeschool their own children. Here are a number I've cultivated over the years from my experiences (these apply to parents of normal IQ who are mentally stable and otherwise socially adept):

1. I'm not educated enough to educate my own children.

Though I find humility to be a truly wonderful quality in humans - especially when many Americans today overestimate their abilities - I've found this particular thought process to be more of an avoidance behavior than one born of a genuine concern for one's actual educational prowess.

There are a fair number of homeschooling parents I've known who've had no formal educational training beyond high school and who have educated, or are educating, their children successfully at home, themselves.

With internet access (which can be found at a public library if parents are in areas unserved by the internet or without the fiscal means to access the internet) a world of educational and instructional opportunities open up to any parent sincerely motivated to find ways to educate their child outside the public system. Most cost a pittance, if anything at all. YouTube is literally full of videos which can teach everything from math to science, from reading to cursive.

Today, whether you're a high school drop out with a GED or a PhD in Economics, you can find everything you need to give your child, not only a basic education, but much more beyond.

2. My kids won't be appropriately socialized if I school them at home.

First, what is socialization? I'm not going to Google the term and copy and paste a definition here because "socialization" is a fake word based on a false construct invented (most probably) by educrats to scare parents who might want to remove their children from the stream of specific thought and behavioral mores prescribed by, not only public, but even some private schools.

How do we know this is at least a plausible explanation if not an outright truth?

We have but to look at history. Not only did early Americans survive a completely unknown country where families were often sequestered miles apart on farms, they thrived, building a legacy of government and religious foundations considered almost unheard of by countries previously in history, all before "public education" was even a thought in anyone's head.

Today, there are so many sports programs for homeschoolers, I wrote an entire article about homeschool sports opportunities for the Heartland Institute.

Today there are numerous groups like Edmond Home Educators, or the ones in this extensive list to join and provide plenty enough opportunities for kids to be with other kids - and parents to socialize among themselves - to prevent anyone from considering your homeschooled kids 'unsocialized'.

3. I won't be able to get my kids into a good college program.

Well, not if you don't try, no, but if you take the time to prepare a plan going into middle school, and are consistent in recording classes and grades via some kind of transcript program, you'll do just fine. In fact, many colleges today are actually seeking out homeschooled students as reported here by Alpha Omega homeschool Publications:

Bright homeschoolers are in demand on campuses across the nation where colleges and universities have finally realized that these well-mannered high achievers are a boon to academics and student life.

Granted, if you're wanting your kid to go into college sports, you'll have a bit more work to do according to the NCAA, but I have at least one friend who has navigated this process successfully, it just takes a bit of time and some effort. Surely, your kids are worth all the time and effort in the world, right?

4. My kids will lead sheltered lives and not make it in the 'real' world.

Fact: any kid with a cell phone is living life in the 'real' world, whether their parents like it or not.

Though our family entered the social media world one toe at a time with careful parental controls, long conversations and moderated accounts until they were considered mature enough to engage in unfettered internet access, I can't recount the number of times I've had to counsel my kids about personal interactions with peers - and non-peers - on social media, and how to avoid content 'unbecoming'.

Not only that, but though I point out CONSTANTLY the amount of educational information to be found in the palm of their hand, my older teenagers spend way more time than I like watching YouTube videos, scrolling Instagram posts or working on their SnapChat streaks.

Fortunately, at this point in their lives, they're happy to tell both their parents all the 'disgusting' stuff they have to scroll past or delete or otherwise avoid on their various social media apps.

No, there is no sheltering homeschooled students in the world of today's constant 'reach out and touch me' apps - unless you completely unplug - which I've often threatened.

Though I truly don't want to offend anyone, there's no way this won't sting a bit: Every person on earth makes time for what they find important.

Many homeschooling families have much less than they could because they've made their children's educations the ultimate family priority.

No, in some cases, it's simply impossible for families and single parents to get out from under their debt load enough not to have to work one, two or even three jobs. I get it. There are ways, however, to coop with other families who also have to work so that there is always one parent on their day off as the homeschool leader. It's been done.

Oklahoma's own homeschooling/cooking/ranching/decorating diva Ree Drummond has an entire blog post dedicated to working and homeschooling which contains numerous comments from working parents regarding the why's and how's they are able to juggle both functions.

Unfortunately, I think the American ideal has been more of a weight around the notion of home education than anything else because our whole mantra seems always to be "more" - not 'better' - just "more".

I have a Master's degree which I could parlay into considerably more money for our family. We could have new cars - an inground pool - or even a tractor for our farm - but we don't because we have prioritized our children's education over the money we could have were we a two-income household.

In the end, excuses are everything

If your public school student can't read, it's easy to scapegoat that situation as the teacher's fault, or the school's fault, but if you take on the challenge of teaching your child to read and don't get the desired results, the fault can only be solely your own. Who wants that yoke resting around their neck?

Another thing I frequently hear is "What if I fail"? Fear of failure is a huge reason why it's easier to simply not try, but then who dictates failure? Your kid doesn't have to be the next Noble Prize winner, they just have to be educated enough to know what they want to do and be able to do it by the time they're a teenager. Sometimes results don't come as quickly as we'd like.

So many of us have allowed our society to condition us to be Veruca Salt - we want it NOW! The idea of having to work at something for years to produce results (educating a kid from ignorance to educational maturity) makes us crazy.

"I don't have the patience", many parents have told me over the years.

Well, you can. Humans are not squid - we can actually modulate our behaviors based upon outside influence and determine how we want to act. To say that "I don't have the patience" means that you're unwilling to learn how to control yourself enough for the good of your own child. Once you hear it said in that way, you don't want that - you just need to reframe your thinking around your child, not yourself.

3. I don't know where to start

Okay, well, it wasn't my original intent to homeschool my kids. I wrote a blog some years ago about exactly why we chose to homeschool, but suffice it to say, one kid was being bullied - even by his teacher - and another has some learning issues and being in a room with 20-plus other kids wouldn't have allowed him to learn much of anything.

I didn't know where to start either. I started asking around. I Googled. A friend introduced me to a program called Classical Conversations, which allowed me to get started on my homeschool journey without having to start everything from scratch and I began there.

Today, I've taught Chemistry 1, Biology 1, pre-Algebra through Algebra 2, General Science and Mythology to my kids, and others in our previous homeschool coop, and developed countless classes for my own kids. I've figured out how to put together their transcripts and I have the oldest two now working on their college applications. Every time I've had to do something new, the jump off was a bit scary, but I'd start out with one foot in front of the other and pretty soon I'd found I'd completed the task I was so concerned about starting in the first place. It's all about sucking it up and jumping off.

After home educating my oldest son from third grade (he graduates in 2020), I can say that - although it's been alternately frustrating, maddening, awesome, horrible, amazing - I simply don't regret it in any way. I know you won't either.