Truth or Consequences - Or How Can The Department of Ed Force Your Kids To Take State Tests? 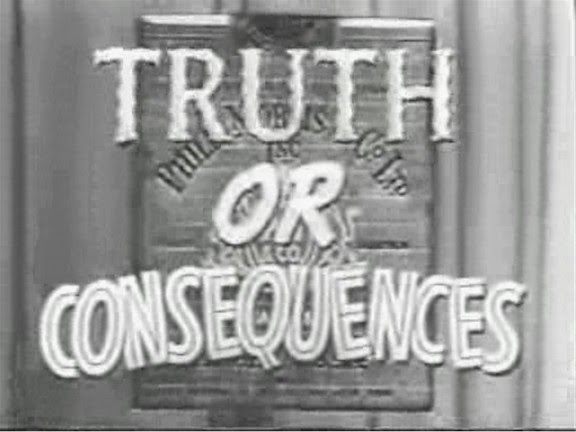 I've had numerous questions from people about testing requirements for the state.  I don't know the answers to these questions, nor am I even going to call the Department and ask because I find the entire matter of high states tests disgusting.  I also find them to be completely unhelpful to any child's education to the point of being harmful and fully antithetical to the notion of local education.

First, why are children being forced to test?  A federal law implemented by George W. Bush called No Child Left Behind, a re-authorization of LBJ's Elementary and Secondary Education Act, which was written in 1964.  Since LBJ, every president has taken the original and 're-gifted' it to the American people as though there was some beneficence in the process.

NCLB requires 95% of all public school students be tested in reading and math from 3-8th grade and in science at least once during elementary, middle and high school because taxpayers complained students were not learning anything in school (so, according to the feds, don't complain, you asked for it!) due to poor reading outcomes.  This testing is the primary function of NCLB because of its emphasis on 'accountability'.  Here are the reasons public school students must be tested:
What does any of this have to do with Oklahoma?  Our legislators and political leaders have decided that the US Department of Education (though many will tell you is unConstitutional) is now so firmly entrenched in the American landscape that they simply cannot do anything about it and must, at all costs, go along to get along.  Yup.  That's about it.  No, we're not all that worried about the fact that we spew rhetoric saying how much we hate the DOE while simultaneously screeching, "BUT WE'LL LOSE OUR WAIVER AND TITLE 1 FUNDS!"

Now, I have heard many, many things about testing here in Oklahoma:
Sadly, all of these have some faint degree of truth as far as I'm given to understand.  Yes, thanks to our state government continuing to recognize the federal DOE and continuing to take money from them for programming, our state is inexorably tied to what the feds say.  Does that comfort you?  It doesn't me.

Here are my thoughts on the topic and you can take them and/or leave them as you desire:
In closing, here are some really great sources addressing testing:

OkEducationTruths is a great blog from someone involved in public schools.  They have many good posts and one is here: https://okeducationtruths.wordpress.com/tag/opt-outs/

Rob Miller, Principal of Jenks Middle School also has a blog - A View From The Edge.  You can find lots of valuable information there including this post on testing: http://viewfromtheedge.net/?p=3013

This is a video of Nikki Jones, Oklahoma Coordinator for UnitedOptOut.com https://www.youtube.com/watch?v=QGzeOyCLGUQ&list=UUffrnW6WlGtduw0C7NXNWKg

5 Things You Should Know About Opting Out:  http://www.takepart.com/article/2011/09/30/opting-kids-out-standardized-tests-5-things-you-should-know