A Comparison SO Easy - Even a Caveman Can Do it! 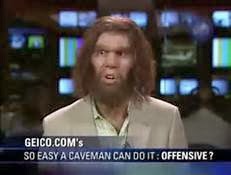 Here are the Kindergarten Oklahoma Academic Standards for Science and the Next Generation Science Standards.  Aside from maybe a few punctuation marks, can you really determine any differences?


ROPE has evaluated the Next Generation Science Standards[i] (NGSS) and the Oklahoma Academic Standards[ii] (OAS).  As you can see from the screen shots above – we found them to be virtually identical – the same components – the same structure – the same exact verbiage in most of them in fact.  (I have posted screen shots from 6th and 9th grade as well at the bottom, so you can get the idea.)

There have been deletions from the NGSS to the OAS.  For example a unit on Global Warming found in the middle school and high school standards under ESS3.D: Global Climate Change and a section on Darwinian Evolution found in the NGSS high school standards under LS4.C: Adaptation were removed.   I did not review each section of either set of standards, however, because after I identified word-for-word language common to both sets of standards, there was truly no necessity to do so.  At that point it seemed completely logical and realistic to accept the sameness of the standards and provide previous reviews of the NGSS as means for evaluation.

Many reviewers have complained bitterly about the NGSS.  You can find very excellent evaluations here:

Fordham issued a complete technical analysis which detailed numerous problems including that the NGSS, “never explicitly requires some content in early grades that is then assumed in subsequent standards.”  They give the standards a C.  (in the interest of full disclosure; Fordham gave Oklahoma’s PASS in science an F).

“The science standards, like those for math and English, are not based on empirical evidence of efficacy nor are they tested in any environment. They are fresh out of the box and will be field-tested statewide in any state that signs on.”

Shane VanderHart of Truth in American Education[v] highlights many criticisms of the Thomas Fordham study but also a review from Dr. E. Calvin Beisner, who approaches his critique from a faith-based perspective.  He quotes Beisner as saying,


“The standards frequently present science as “an enterprise promoted by consensus.” On the contrary, consensus is not a scientific but a political value, as should be clear to anyone familiar with the history of science, which chronicles scores or even hundreds of great reversals of once reigning paradigms—as documented, e.g., in Thomas Kuhn’s The Structure of Scientific Revolutions.  Science does not seek to attain truth by popular—or expert—vote, but by logical reasoning from premises provided by observations of the surrounding world.”

“…what students are to know and be able to do, and how they should be taught those things.”

In “A Science Teacher’s View: The Backward-Engineered Common Core Science Standards[vii]”, an anonymous chemistry teacher who participated in developing the standards says,

“The "Next Generation Science Standards" have set out to backwards engineer the whole science curriculum into a coherent, self-validating tool. The goal all along was an instrument to market both teaching and assessment products to a captive education system, not to provide a framework for good teaching of the sciences.”

I personally like the way the NGSS (aka OAS) standards are organized.  In my opinion, the specific standards were easier to identify for each grade level than the PASS under which I taught.

Unfortunately, I most dislike the FACT that our Oklahoma State Department of Education (OSDE) would give the good citizens of Oklahoma whose trust and tax dollars they enjoy, a set of standards based entirely on the NGSS and then call them Oklahoman.  This smacks of such deception it is frankly hard to conceive.  If Oklahoma had intended to use a modified version of the NGSS, they had but to say so.  Instead, Oklahomans have been treated to various versions of how the NGSS were not “Oklahoma” standards and that the OSDE was writing THEIR OWN OKLAHOMA STANDARDS in order to create a set of standards more in line with “Oklahoma values”.

But then again, as we have pointed out numerous times, Oklahoma Title 70 (school law) dictates the use of Common Core State Standards[viii] in – not only English L/A and math as we have currently (though also re-named Oklahoma Academic Standards) – but also in Social Studies (which we have also shown to be simply a re-write of the National C3 Social Studies Standards[ix]) and science.  Consequently, it is no great mystery as to why the OSDE has chosen to take this direction.  They have limited choices here:

1.   Repeal the Common Core from state law (which our governor and state superintendent have sworn not to do) and allow districts to use whatever standards work for them – or allow the state to re-write our own standards our own way
2.   Accept all national standards provided by the various non-profit and federal agencies as declared by state law (the NGSS were created by Achieve and the National Research Council), keep their names and turn a deaf ear to the outcry from citizens
3.   Accept all national standards as declared by state law and re-name them in order to prevent citizen complaint

The Oklahoma State Department of Education has apparently decided upon #3.
How do we explain the large number of educators and others we are told wrote, developed and reviewed these standards?  I have no intention of disrespecting any of the individuals listed.  I feel certain they had only the very best intent in this project.  Yet one only has to look at the pictures and read the standards to wonder exactly where any Oklahoman had a hand in these.

Long time Oklahoma teacher Claudia Swisher[x] wrote about being a ‘manipulated teacher’ in her blog and ended it with a quote from a friend’s blog – another teacher who said,

"Way too much of what passes for dialogue and scholarship around teachers' professional work has been managed, packaged and sold as authentic. It's not teacher leadership or advocacy. It's slick marketing, using the friendly faces of teachers."

The chemistry teacher described above had this to say about development of the standards,

“I was serving a term as a volunteer on my state's Math and Science Advisory Council three years ago. I'm only describing my personal experiences, and can't speak for the rest of the committee, but some of those experiences were really frustrating for me. For instance, representatives of the DOE came to our meetings and asked us to "integrate" the inquiry strand of our state science standards into the testable bullets. We wrote a beautiful report on the role of inquiry, and the interaction of science and mathematics. The DOE then edited our report without our input, "correcting" our references to laboratory work so that virtual simulations could be substituted.”

Another example comes from a paper[xi] I read recently upon which I wrote a blog[xii].  It describes well the art of the Delphi technique[xiii] – a way in which to achieve consensus in a group.  We have all been “Delphi’d” at one point I feel sure – it’s become one of the most popular techniques for government organizations to advance difficult and even unconstitutional projects because it simultaneously gives participants the idea they were included in important decisions while allowing leadership to maintain all control over the process.

Follow the links provided, do your own research and then contact the State Department of Education and tell them we will NOT accept these science standards.  Our current PASS were actually devised in Oklahoma by Oklahomans – let’s work to revise those, not copy a square reinvention of the wheel.

PLEASE MAKE SURE YOU TAKE THE TIME TO COMMENT ON THESE STANDARDS IN WHATEVER WAY YOU CHOOSE.  Here is the information on making public comment on the standards:
The draft of the Oklahoma Academic Standards for Science is available. Educators and the public are invited to submit written comments regarding the proposed draft. The public comment period is from Dec. 13, 2013, to Jan. 17, 2014. All comments must be received by 4 p.m. on Jan. 17, 2014. The standard 30-day public comment period has been extended by one week to provide ample time for educators and the public to provide feedback.