More on the Core or Yet Again, Common Core is Not OK! 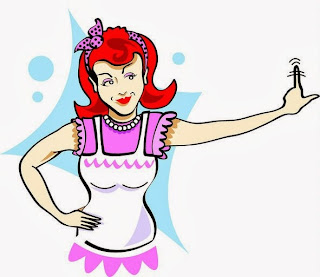 There seems to be a compunction to continue dissecting the reasons why Common Core is not OK.  This morning, I chose to tackle a few:

STANDARDS DO NOT DRIVE CURRICULA

Yes.  Teachers are free to pick and choose curricula with the Common Core (just as they were with PASS) for use in their classrooms.

No.  When you have a state test over standards that now determine whether or not a local  school will be managed by the State Department of Education should it fall below a D or F grade on an unproven grading scale - you must be very careful to use specific curricula aligned with the specific standards.  Therefore, there is no way to get around the fact that standards do drive curricula to some extent.  Not only that, but because Common Core is now the law of the land for so many states, curricula (especially in math) has become extremely homogeneous.  Economics drives that issue.  Booksellers can't compete in the marketplace if their books are too very different than what teachers expect to teach to the standards.  There's a great letter written by a book publisher who lives in Oklahoma that can explain this and you can find his written testimony to the Common Core Interim Study here http://www.scribd.com/doc/181696903/Written-Testimony-of-Andrew-Pudewa-to-Common-Core-Interim-OK.

EDUCATION CAN BE MANAGED AT THE FEDERAL LEVEL

The Founders of this country meant for education to be localized.  In fact, I understand that in order for new states to be admitted to the union after the original 13, incoming states had to present a plan for the education of their citizens.  Students in different Oklahoma counties/districts may not have been all on the same educational path in the past.  Why should they have been, or be so now?  Ada is not Tulsa; Oklahoma City is not Woodward.  District taxpayers support their schools.  School board members are elected by taxpayers from their district/community.  Board members have an obligation - through those they serve - to create schools that reflect the values and needs of that community.  That is not to say we should not have state standards to model or even a yearly state test to assess student progress, but those mechanics are not the micromanagement of education we are seeing today with the Common Core.


It is interesting to note that when the Fordham Institute - a very pro-Common Core organization - chose to examine each state's standards against the Common Core, Oklahoma was given an excellent grade for their existing standards (http://standards.educationgadfly.net/).

So why would we need Common Core?  The answer lies in No Child Left Behind.  This FEDERAL law, forced states who wanted to continue to keep their Title funding (Titles 1-9) to accept the fact that they would have 100% of their state's students proficient (scoring 60 or above) in Mathematics and English/LA by 2014.

I often say this pie-in-the-sky edict that could only have originated with a very far out of touch federal government, only works when riding on a unicorn across a rainbow bridge.  Yet, it was made federal law.  Consequently, states began to dumb down their state tests (which stemmed from their state standards already in place) in order for students to more easily obtain a higher score.  This discrepancy finally came to light (ostensibly one possibility Superintendent Garrett chose not to run again) and upset lawmakers and parents, in Oklahoma and across the nation, alike.  Instead of realizing the real problem lay with a ridiculous, onerous edict in NCLB, a group of elite bureaucrats and businessmen stepped in to say they had the answer to failing schools all across the country.  But how could they?  Is Massachusetts really like Kansas?  What about Florida and Idaho?

BUT OKLAHOMANS WERE INCLUDED IN THE WRITING OF THE STANDARDS

By now, many anti-Common Core organizations have shown that not only did the Common Core Standards writers not even have educational backgrounds (save one - Jason Zimba - in math), they did not even utilize comments from the committee they formed to help write the Standards, though we are told that even Oklahomans had a voice in writing the standards.  If several nationally known math and English professors (Dr. Sandra Stotsky and Dr. James Milgram) weren't heard, how were Oklahomans?

THE COMMON CORE ARE NOT FEDERAL IN NATURE

No, the Common Core were NOT federal in nature.  They were created by using private, dues-paid organizations unresponsive to the people to create and push the standards out.  However, the Obama Administration has taken the standards  (along with 3 other educational 'reform' ideas - here under Program Description http://www2.ed.gov/programs/racetothetop/index.html) and made them necessity for states to get State Fiscal Stabilization Funds, Race to the Top funding and the whole series of No Child Left Behind Waivers.  It would seem historically apparent (although completely incompatible with the US Constitution) that whatever Washington values, states become coerced in some way to adopt.  Consequently, this makes Common Core an historically unprecedented take over of education at the local level, generally incompatible with our Constitution.

So, to sum up, there are certainly good things about the Common Core - including many of the people involved - unfortunately, it is not appropriate for use in America today and certainly not Oklahoma.

*(See our previous blog for more citations and further reading http://restoreoklahomapubliceducation.blogspot.com/2013/12/rope-response-to-gov-fallins-executive.html)
Posted by ROPE at 7:45 AM