Critical Thinking and the Common Core - Snake Oil Salesmanship At Its Best! 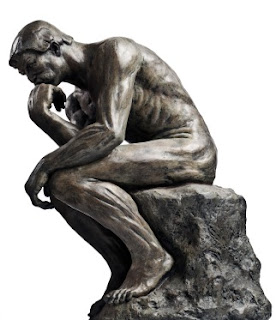 Betty Peters is a member of the Alabama State School Board.  Unlike a majority of those on the Oklahoma State School Board, Betty is a longtime educator who knows well the dangers of the Common Core.  She has been listening to both sides of the issue for several years now.

Betty and I (Jenni) are on an email network together where a larger number of us every day are discussing the pitfalls of the Common Core.

One discussion recently, involved the Common Core PROPONENTS necessity to blather about how the Common Core standards will produce "critical thinking" in students.  How a set of standards is going to produce critical thinking has always been a bone of contention among us OPPONENTS, as this seems to be one of those 'lines' proponents say without any possible way of backing up the comment.  It's the line of a snake oil salesman who needs to sell the product, but knowing it won't work, has to come up with more and more interesting 'sales pitches' to do the job for him, knowing that people who buy the product can't refute his claims until they buy it and use it themselves.

There is no difference between selling snake oil and selling the Common Core.

Betty Peters' recent comments about critical thinking, made me ask for permission to reprint because, unlike the Common Core snake oil salesmen, her comments made sense!


I would expect that we will not understand how Common Core proponents define “critical thinking” until the assessments are in place. What’s included in the  assessments will be what is taught, and we know they will be assessing “critical thinking” skills. They have said so any times.  Critical thinking as explained in AL by the former Dean of Education at UA is not about knowing facts.  In fact he stated he does not want facts to be taught or assessed since he wants critical thinking.  Apparently  as  long as someone can access info, he can think critically about it, as defined by the Goals 2000/STW/NCLB/CCSSI gurus.


Even in 1st grade when students are beginning to read (decode) and don’t know very much, textbooks such as the supplemental writing ones from Zaner Bloser  include assignments such as writing a persuasive letter using your “voice” to convince the town council to build a park, etc.  This requires no knowledge of facts.  The more I look at these books (I have studied  some of the ones we recently approved in AL), the more strongly I believe there will be no books to look at anyway—everything will soon be online inside the students’ computers where the information can be changed if someone does get caught indoctrinating.


I have heard some state DOEs are already smirking about this—no troublesome busy-bodies can interfere with textbook selection if there are no textbooks.  One needs some background knowledge of Marxist terms such as critical theory to decipher what is being said or written today.   Many younger people, including educators and journalists and even elected officials,  do not even know what Marxism is!  It’s like Orwell's 1984—with lots of confusing jargon  which the Left defines and the public thinks it understands but actually does not.


In our last board meeting, I pointed out what I had found in the Zaner Bloser books and that I felt we must rework our textbook committees to include more scrutiny of content and the inclusion of more k-2 content specialists to insure we are using age appropriate materials.  One of the ZB test booklets for the teachers had a question which required the student to locate the adjective and there was no adjective in that sentence.  This was for first graders.


This is why I try to obtain the teachers’ editions of all textbooks.  I conclude we need to redirect our attention from standards to assessments and curriculum and textbooks; we do need to focus on the ELA exemplars which are published on the Common Core website.  And remember; all sorts of mischief can now be done via the ELA literacy readings in SS, science, etc.


One AL school system is using Howard’s Zinn’s history book this way.  The English teachers may not  know much  about Zinn but they will be teaching it in 11th grade.  That book never could have made it through the SS textbook committee.


I will give the CCSSI proponents credit for using their critical thinking skills when they came up with the ELA etc. standards.  You can now teach ANYTHING in the ELA classes, from wiring houses to Howard Zinn’s vantage point on American history to how to put on condoms.