To Kill A Public Education 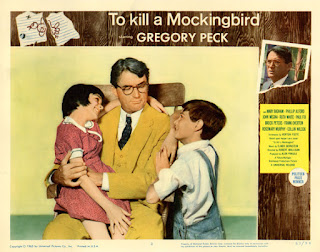 I have been reading, with exceptional interest I might add, the excitement about the coming previews for the PARCC 'assessments' - the testing arm of the Common Core State Standards.  Apparently, others have as well.  This was my reading for this morning, "Sample Common-Assessment Items Released, Traffic Crashes Server".

As you might remember, states signed on to the Common Core State Standards - and their associated tests - without so much as a by-your-leave-look at either the Standards OR the assessments, as they hadn't even been constructed by the time they were sold Jeb Bush-style to every education 'reform' maven in the land.

Consequently, administrators, teachers, talking heads - anyone involved with the Common Core at any level - have been waiting on pins and needles to see what they actually signed up for!

You simply MUST read the article because the quotes provided by PARCC, are WORSE than laughable.  If I were one of the 'educrats' that signed up for this nonsense, I would be absolutely UNBEARABLY embarrassed!  I would leave town!  Get a load of this paragraph:

PARCC's language reflects a key aim of the new tests. The items are designed "so the assessment is worthy of preparation, rather than a distraction from good work," according to PARCC's materials. Passages in E/LA items will be "texts worth reading," and questions will be "questions worth answering." Math items will be "problems worth doing," the PARCC materials say. "Multistep problems, conceptual questions, applications, and substantial procedures will be common, as in an excellent classroom."


This one paragraph set me off SO BADLY, I (yet again) had to write a response to the article.  Here it is:

Seriously? These items are, "problems worth doing," blah, blah, blah. If these people can't come up with something other than, "use my stuff because it's shiny" to sell me on how great PARCC 'assessments' are, I'm not even taking the time to read the questions! I would hope that public school administrators start seeing through this propaganda! Good grief!

Not only that, but I still bang my head over this statement, "Tests in the post-No Child Left Behind era have routinely been described as too facile—focused on factual recall and rote learning, rather than synthesis and application."

What? There is very little actual memorization of anything going on in the schools I know about anymore.

Honestly, John Dewey and his whole 'group think', constructivist approach to education has absolutely RUINED public education. The funniest thing I ever read was in "To Kill A Mockingbird" when Scout talks about the 'new' teacher who 'wears lipstick and high heels' coming to town. The 'new' teacher immediately tells Atticus to stop teaching Scout to read using the newspaper - teaching Scout to read was now HER job. For chapters, Scout goes on to talk about the scorn she has for this 'new' teacher because all she has the kids do all day are projects.

One comment in particular made me laugh, about how she missed her old teacher because she felt like she really learned something in her class. In the 'new' teacher's class all they had done was use enough glue and paper to cover the city of Mobile, yet she hadn't read a book the whole semester.

Good grief. When the writer of one of the greatest books in US history makes fun of constructivist education at one of the earliest points in its indoctrination of the education establishment, you'd think SOMEONE would listen - or at least remember!