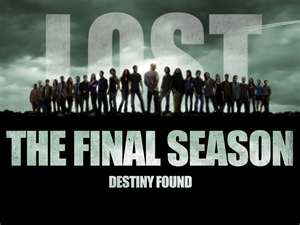 Though we do NOT agree with the recommendations following this study (outside of the first) because of privatization and government overreach issues, we do agree with the thesis of this study.  As a former teacher, I know that, while the way in which the teacher delivers material to a class is important, the teacher is really only as good as the materials he or she uses to teach the subject.  No singularly effective teacher can use to his or her (or the student's) advantage, a chronically confusing math curricula, for example.

This is why ROPE objects so strenuously to the current teacher preparation models that penalize teachers based upon test scores.  Some school districts in Oklahoma use Everyday Math - a program that has been termed actually "harmful" to the process of learning math.  Students can not possibly score well on a state test after being taught mathematical computations that make no sense or are too detailed to absorb.

This point is also made in another recent article entitled, "Does the Common Core Matter?", in which the writer states,


"Advocates place great faith that the common core will spawn new and better curricula. Such faith is misplaced. Kathleen Porter-Magee notes that the Brown Center study ignored a very important evaluation of elementary math curricula. Actually, that evaluation, conducted by Mathematica, should give common-core advocates pause. Four programs were randomly assigned to schools with large disadvantaged populations. Two programs emerged as significantly more effective than the other two. But today if you visit the four programs' websites, all of them declare that their texts—after some tweaking perhaps—are in alignment with the common core. My hunch is that every new curriculum developed in the next few years, whether effective or not, will make the same claim."


Possibly the ONLY efforts on which the Oklahoma State Department of Education should embark would be to outline and collect data on the curricula currently being used for READING and MATH (at least!) in each district.  At the same time a survey of the educational literature should be accomplished to determine the most successful curricula on the market for purchase - again, especially in the subjects of Math and Reading.

All the mandated meddling into 'effectiveness' models (and their associated political wrangling and expense) for teachers could be easily nixed, once this particular study was concluded.  If the district is using the curricula shown to be currently most effective, those teachers whose classes are CONSISTENTLY bottom of the barrel performers should be placed on Plans of Improvement and addressed from there.

Though simple, however, this attempt would most probably be met with an outpouring of hate mail from various vendors of 'new education reform' curricula (such as Pearson).  Instead of being able to use kickbacks for poorly performing tests or untried materials, or the "I'll scratch your back if you'll scratch mine" business model of comping ancillaries or curricula for other subjects to cajole Districts and the State into buying their materials, vendors would finally have to sink or swim in the FREE MARKET pool!

Just think, this one simple tactic could conclude our season of being "lost" in the maze of new era education 'reform' and rescue us from the inescapable island of never-tested-or-tried-but-bought-anyway-and-foisted-on-teachers-while-kids-still-do-poorly.

In this new report, Russ Whitehurst and Fellow Matthew Chingos argue that this problem can be efficiently and easily fixed by states, with support from the federal government, non-profit organizations, and private philanthropy. Here are highlights from their recommendations:
Posted by ROPE at 10:33 AM