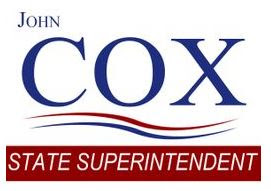 Why? Here are at least three reasons:


As for the other races on the ballot on Tuesday, there is a GREAT DEAL of information out there from conservative and parent organizations to help provide any voter willing to read, an educated vote.

Here are some links to use which have been scavenged from both the OKC912Project.com and Tulsa912Project.com as well as Oklahomans for Health and Parental Rights and Oklahoma Conservative PAC.

First, track this link at the Oklahoma State Election Board and print out your SAMPLE BALLOT. Do all your voter research with that available so that you can mark your ballot at the same time.

Here are some links to information on retaining judges. Please read these BEFORE going to the polls. If you believe in the right to life, DO NOT RETAIN THESE JUDGES:

JAMES EDMONDSON (Drew Edmondson’s brother)
NOMA D. GURICH
YVONNE KAUGER
Other links:
Tulsa Beacon
OKC912Project
Oklahoma Constitution Newspaper: This source identified Court of Civil Appeals and Criminal Appeals judges. Here is the text:
The Oklahoma Court of Criminal Appeals is the highest court in Oklahoma for criminal cases, and three of the five justices are up for retention. David B. Lewis was chosen by Henry in 2005. Dana Kuehn and Scott Rowland were both appointed by Fallin in 2017.
On the Court of Civil Appeals, which hears appeals from district courts in civil cases, five of its twelve justices are up for retention. Kenneth Buettner was appointed by Keating in 1996. E. Bay Mitchell was a selection of Governor Frank Keating in 2002. Robert “Bobby” Bell was put on the court by Henry in 2005. Judge Brian Jack Goree was appointed by Fallin in 2012. Finally, Barbara Green Swinton was a selection of Fallin in 2016.
If voters desire the next governor to choose replacements for these judges (from a list put forward by the JNC), then they must vote against their retention. Of course, voters will not know who the next governor is going to be until after they vote on the retention ballot.
A conservative could decide to retain the Republican nominees, on the assumption they are more conservative (perhaps a debatable proposition) and vote against the retention of all the judges who were put onto the bench by a Democrat, on the assumption that they are not conservative (a pretty safe assumption).
A better choice for the future would be to replace the present system with one in which the voters choose the judges at the ballot box, or at least through Senate confirmation. But that will not be on the ballot in November.
STATE QUESTIONS

OTHER STATE OFFICE SUGGESTIONS FROM ROPE'S BOARD

Labor Commissioner             - Fred Dorrell – NONE OF US WILL VOTE FOR LESLIE OSBORN. A vote for the Democrat in this race is at least an HONEST vote for a Democrat, not a Democrat in a Republican suit.